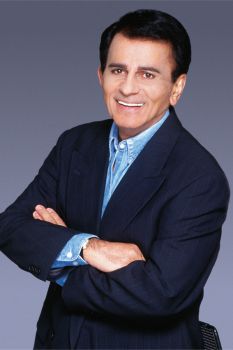 KVPI French announcer John LaFleur has accepted a position as Tour Director for a tourism company in New Orleans beginning this weekend. We want to thank John for his long association with KVPI and for his love of our French language and culture. We want to wish him all the best in this new venture.

We want to welcome Ashlee Michot as his replacement for the French News and Tradio on Saturday mornings beginning this weekend.

Ashlee Michot is a bilingual teacher, writer, and artist.  She is the daughter of Ben and Shawn Manuel and granddaughter of Burke and Joann Eastin and Chicken Manuel of Ville Platte. She is a graduate of the Sacred Heart class of 1999 as well as a 2004 graduate of the University of Louisiana at Lafayette where she earned a degree in Secondary English Education. She taught English literature and French at the high school level and is currently a home school instructor. She has represented her generation locally as a member of the board of CODOFIL and internationally as a young ambassador for the French language of North America for the Forum des Jeunes Ambassadors held in Montreal 2011. Ashlee makes her home near Arnaudville, Louisiana with her husband and their two sons.

The KVPI Sports Team, Play by Play Announcer Tracy Jagneaux and Color Analyst Micah Chatman are ready to cover Evangeline Parish High School Football Action for the 2016 season. Once again, we will have a game of the week with some weeks we will cover two games. We plan to broadcast some games from every high school in the parish beginning with the Parish Jamboree August 26 at Mamou. Join us every Friday night at 7:00pm on Classic Hits 92.5 KVPI FM, Acadiana's Sports Connection.

It was 39 years ago on August 16, 1977, we lost the king of rock and roll: Elvis Presley. Even though Elvis is gone, his music will live forever. Please join us Tuesday night as we throw a party fit for a king with Swabby as your host. Using one of the largest libraries of Elvis music, we will be featuring early 50’s Elvis music, his movie soundtrack songs from the 1960’s and his live hits from the 1970’s.  Join us Tuesday night for a very special party time show as we honor Elvis Presley only on Acadiana’s Greatest Hits Station, Classic Hits 92.5 KVPI.

Listen all day Thursday to Steph in the Non Blonde Café in the morning and Josh in the afternoon for your chance to win a pair of tickets to see one of the top Elvis Tribute Artists, Ryan Pelton, in concert Saturday night at Coushatta Casino in Kinder. When you hear Elvis sing “Hound Dog”, call us up at 506-2444 and be caller five and you will be instant winner. You must be 21 or older to win. Good luck from your friends at Classic Hits 92.5 KVPI.