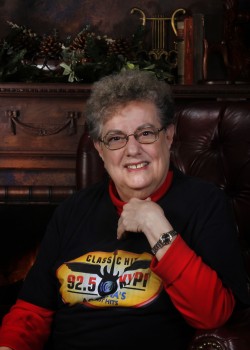 Hundreds of parents, grandparents, family and friends came out Saturday morning to be a part of the Opening Ceremonies of the Evangeline Soccer Association.  Twenty newly formed teams comprised of 5 – 12- year- olds took to the fields to compete against one another at the Ville Platte Recreational Complex.  The Association consists of 180 children.  The rains stayed away until after the entire ceremony and the last game was finished.

Evangeline Parish Clerk of Court, Randy Deshotel, was the emcee for the event and special guests included State Representative, Bernard Lebas, Ville Platte City Councilman, Mike Perron and Board Members from the Ville Platte Recreational Complex.  Ashton Dupre and Last Call performed for the crowd and they loved it.

The children all lined up with their coaches and assistant coaches and each team was introduced to the crowd during the ceremony.  All of the children played in games beginning at 8:00 a.m. Saturday morning.  They will play every Saturday through September and October, excluding the last Saturday in September.  Closing Ceremonies will take place after that celebrating what the children have learned and accomplished.

The Board would like to thank every single person who has supported its efforts and have shown patience through the minor hic-ups any new organization experiences in the beginning.  Thank you to Ville Platte Mayor, Jennifer Vidrine and the City Council for contributing to the effort as well as the media, local businesses, volunteers, coaches, referees, parents and last but the most important, the children and newly named “soccer players.” - end

Football has arrived in Evangeline Parish. KVPI sports will once again carry the "Game of the Week" with our sports team: Tracy Jagneaux and Micah Chatman. First up, we will be broadcasting live Friday night at the Evangeline Parish Football Jamboree at Basile High stadium at 6:30pm on 92.5 KVPI FM and on classichits925.com. Game One features Ville Platte vs. Mamou and Game Two-Pine Prairie vs. Basile. We plan to cover both games. We want to wish the best of luck to all our teams this season!!