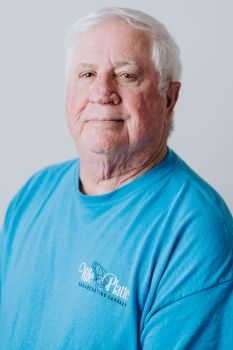 The Ville Platte City Council, Tuesday, introduced its new fiscal year budget. Mayor’s Assistant Dirk Deville presented the budget figures to the city council and to those in attendance. The proposed budget includes 152 million dollars in funds to replace the city’s old gas lines. Deville remarked the federal government is mandating local governments to update their old utility likes like gas lines. The city is losing about 33 percent from leaky gas lines. The city has called a special meeting and public hearing to adopt the new fiscal year budget for June 27 at 12 noon with a public hearing at 11;45am.

Sonia Christopher representing a group of volunteers assisting with the city animal shelter gave a report to the mayor and city council. She and her group met recently to prepare a policy and procedures manual for animal shelter workers. She also distributed a minimum list of requirements for animal shelters issued by the state. Mayor Jennifer Vidrine commented that many of the comments being made on social media about the conditions at the shelter are exaggerated and not factual.

City Engineer Ronnie Landreneau said the street improvement project is about 70 percent complete with some 25 streets included in the original project. All asphalt streets except for those needing rebuilding have been done. Those still waiting to be done include Desoto, a portion of Hickory and St. Marie Streets. The work came in under budget so additional streets will be done.

Ryan Williams addressed the mayor and city council over action taken last month. The city council on May 27 approved a financing plan  with a firm known as Sustainability Partners to pay off its bond obligations. Williams said 23 million dollars of business was conducted with no input from the city’s legal advisor.

Councilmen Bryant Riggs and Mike Perron disagreed with Williams assessment. Riggs and Perron said the action taken was good for the city and the residents.

In other action, the city council:

--heard from Mayor Jennifer Vidrine report that some 100 students have enrolled in the Girls and Boys Place;

--received news that there will be a fireworks display on July 4;