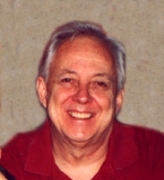 The Vile Platte Rotary Club today heard from Connie Lamke with the Relay for Life. She announced that this year’s relay event for the benefit of the American Cancer Society is scheduled for Saturday April 18 from 12 noon to 12 midnight at the Ville Platte High Football Field. This year’s theme is “Keep Calm and Relay On”. There will be a BBQ cook off sponsored by Teet’s Food Store. T Boy’s of Mamou will sponsor a boudin eating contest. There will be fun jumps, fire truck rides, food, a silent auction, contests, raffles, music  and fun.

Also, the group is sponsoring a 5K Fun Walk/Run on March 21 for Relay for Life.

Some 255 cancer patients in Evangeline Parish have been assisted directly by the American Cancer Society in the last two years.

Lamke also announced that the Ville Platte Police Department is sponsoring a fund  raiser for Faith House March 18 to pick up supplies for women and children who have to leave their homes quickly.

It was announced during the meeting that Rotary International this week has turned 110 years old.

The Ville Platte Rotary Club heard from LSU Eunice Chancellor Dr. Bill Nunez make a special audio visual presentation. Dr. Willie Buller representing the Ville Platte club made a financial presentation to Dr. Nunez for the 22nd year. This scholarship fund represents a $90,000 endowment from Rotary in Ville Platte. Dr. Nunez, who is retiring in June  after serving 19 years, thanked the local club for their annual funding. He also recognized Dr. John Couvillion, former Chancellor. LSU Eunice has been serving the tri parish area for the past 48 years. Due to less funding from the state, the burden of higher tuitions has been falling on the student and their family. Dr. Nunez emphasized that we need to work harder to educate our children and have them stay here instead of moving out of state.

Dr. Nunez gave some statistics for the average student attending LSU E: average age is 22, 71 percent of the students is female, 67 percent is Caucasian, the average ACT score is 19.33; Evangeline Parish students represent 14 percent of the total student population with students from St. Landry and Acadia having a higher percentage.

In other business, Assistant District Governor Yvonne Normand announced that she is working to re establish a club in Mamou.

The Evangeline Parish Police Jury held its monthly meeting this evening in the Courthouse.  President, Ryan Ardoin, began the meeting by announcing he will be enforcing a 2 minute time limit for speaking on subjects on the agenda.

The subject of installing a fire hydrant in the Mill Creek Subdivision, off Chicot Road, came into discussion.  Jacob Fusilier and others from the subdivision were in attendance at the meeting.  Mr. Fusilier stated during public comments that the subdivision is located ”outside” the city limits and is located one mile North and one mile South of the nearest fire hydrant.  He stated that there are 36 houses occupied by couples, children and elderly in the neighborhood and as the situation stands, they would have a delay in receiving fire services if something were to happen.  He explained that the neighborhood generates more taxes per household than anywhere else, and asked for help from the police jury to install a hydrant.  After much discussion, a motion was passed to allow the subdivision developer to pay half of the cost of the hydrant and to loan Police Juror, Bryan Vidrine, the other half of the cost through the General Fund, with the understanding that the loan/cost will be paid back with an insurance rebate check that will be forthcoming.  Mr. Fusilier thanked Mr. Vidrine for all of his help in the matter.

Anna Frank, Director of Section 8, spoke to the Jury and explained that her office is $25,000 in the negative from a build-up of “miscommunications” with Accountant, Amy Buchanan.  She explained that the federal government is not paying the cost required to run her office and pointed out that she started in her position seven years ago and has never been in the red before.  She requested that the Police Jury loan Section 8 the money to cover the negative balance with the agreement that she will repay the loan.  The Jury agreed to the loan, as well as taking on her salary permanently.

The Jury voted and agreed to hire Phil Lemoine as “Risk Manager” for the Parish.  He will oversee and evaluate insurance policies as they come up for renewal and advise the Jury as to policy terms and applications.  He will be paid $500.00 a month and will report to Donald Bergeron.

Discussion began on repairs at the Parish Jail.  Donald Bergeron reported that water has been restored to all cells, except #5.  Reports have been made to all broken light fixtures and are now being “vandalized proofed”. They were broken and damaged by prisoners.  It was announced that anyone caught destroying items in the Jail can be charged with Criminal Damage to Property.  The Jury voted in favor of replacing the broken stove/ovens with a new one costing $4,800.00 as well as a garbage disposal in the amount of $3,600.00.

Police Juror, Kenny Burgess asked the Jury to pass a resolution regarding support of Veteran’s contributions.  They Jury unanimously agreed to recognize all military holidays in the parish.  Mr. Burgess pointed out that “Not many people realize this but we have a Pearl Harbor Veteran living in our Parish.  Mr. Celestine lives in a nursing home in Mamou.”  He said we also have many other veteran’s from WWII, The Korean War and other battles fought.

Public Works Director, Chester Granger, said he was called to the “Mamou Yard” Friday evening at 9:00 p.m. where someone had broken in. The same weekend, in Region A, someone stole 67 gallons of diesel.  He is urging the Policy Jury to install surveillance cameras at the Yards. Discussion will continue on this matter.

And finally, Donald Bergeron reported that the 2% Sales Tax Collections for December were $338,392.71.  That is a 19% increase from last year.

The Evangeline Parish School Board held its bi-monthly meeting tonight in the Media Center.  There was an Executive Committee Meeting held on January 27th where the topic of an announcement made in the media regarding students’ option not to participate in the state testing.  Superintendent, Toni Hamlin brought the subject up and because it is not mentioned in State Law 17:24, the subject could become critical.  There would be no penalty to the student, but teachers, schools and districts would be penalized.  A school would receive a “0” for every student not tested, which would be disastrous for the School Performance Scores.  This was a topic for discussion and information at this time.

During the regular Board Meeting, Mr. Vic Slaven gave the Audit Report for the fiscal year ending June 30, 2014.  He gave the Board a “Very Clean Report”.  Board Member, Nancy Hamlin, said she was very proud of the schools, Central Office and Amy Lafleur, Chief Financial Officer for their hard work.

Discussion then turned to the renewal of the First Student transportation contract.  The issue had been discussed in the Executive Committee Meeting wherein a “Five Year Renewal” was rejected and a “Three Year Renewal” was accepted.  When presented to the Board, there was debate back and forth as to whether the contract needed to go out for bid rather than just renewed, especially that the amount of the contract is in the millions and the highest paid contract the School Board has.  Board Member, Mike Fontenot expressed it would be “fiscally responsible to our constituents and our students to put it out for bid in hopes of saving money.”  The Board voted 5 to 6 in favor of putting the contract out for bid.  Work on the bidding process will now begin.

Assistant Superintendent, Darwan Lazard spoke regarding repairs and projects being performed at all of our schools.  He pointed out that he has a small group performing the work, but they have done a very good job and have completed approximately 188 work orders from October 11, 2014 through January 7, 2015.

He reported that they did come across an “unsafe situation” at James Stephens.  They were receiving complaints from those in the neighborhood and had a problem with an emergency vehicle not being able to get through.  This is in the area where the parents line up to drop off and pick up the children.  They are preparing a new route in the rear of the school for new pickup.  They have placed limestone, extended a canopy and sidewalk.  New signage will be going up.  James Stevens Drive will become a 1-way from 7-9:00 A.M. and from 2-4:00 P.M. and Peach Street will become a one-way to the East for part of the day.  A letter will be sent home to parents regarding the changes.

There will be a Superintendent’s Committee Meeting for support personal at 2:00 P.M. tomorrow at the Central Office.

Vidrine Elementary was recognized by KATC for being a “Cool School” due to their donations of books to children’s hospitals.

And we close on a good note, Pine Prairie High School Student Jamie Jenkins was awarded 1st Place in the Cover Art Contest by the Louisiana Council for Exceptional Children.  Congratulations from KVPI!

KVPI and the Ville Platte area will be visited by Richard Fausset, a reporter with the New York Times,on Monday through Wednesday. He will be working on a feature story on our Cajun/Creole culture and especially KVPI’s French language programming. Fausset first heard about us as he was visiting South La. A few years ago whne he came across our La Tasse de Café program. KVPI has been programming French language programming since we signed on in 1953 and we are one of the very few radio stations still programming these specialty programs to preserve and support our special Cajun/Creole culture and heritage.