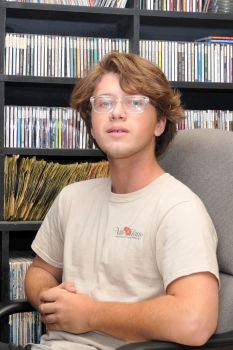 On January 24, 2013, Melvin Jackson II 24, of 129 Richard Loop, Morrow, La.  was arrested during a traffic stop and charged with possession of marijuana, possession of crack cocaine, possession of drug paraphernalia, no driver’s license and failure to yield.  Jackson was transferred to the Evangeline Parish Sheriff’s Office on a $15,000.00 bond set by Judge John Larry Vidrine.

On January 25, 2013, an anonymous tip led to the arrest of Misty Hazelton 37, of 1261 Saddler St., Turkey Creek, La.   Hazelton was charged with attempting to aquire a prescription by fraud. Hazelton’s was transferred to the Evangeline Parish Sheriff’s Office on a $8,000.00 set by Judge Thomas Fuselier.

On January 25, 2013 Edrick Gallow 61, of 913 Railroad Street, Mamou, La was arrested during a traffic stop and charged with driving under suspension, no turn signal, possession of crack cocaine and soliciting prostitution.  Gallow was transferred to the Evangeline Parish Sheriff’s Office on a $15,000.00 bond set by Judge Thomas Fuselier.

On January 25, 2013, Andrew Williams 20, 2449 Opelousas Rd. Ville Platte, La. is charged with resisting an officer by flight, riding someone on bicycle handlebars, unlawful disruption of the operation of a school and criminal trespassing.  William’s was transferred to the Evangeline Parish Sheriff’s Office on a $500.00 Bond set by Judge Thomas Fuselier and outstanding warrants by the City Marshal’s office.

On January 25, 2012 Laura Jones of 505 North Fontenot Street, Ville Platte, La. was arrested during a traffic stop and charged with possession of drug paraphernalia and prostitution.  Jones bonded out on a $3,000.00 bond.

As per Evangeline Parish District Attorney Trent Brignac, three felony cases were scheduled to be heard by a criminal trial jury in Judge Thomas Fuselier’s court today (Monday, January 28, 2013). All three defendants elected to plead guilty before trial which resulted in their convictions to which they were sentenced as follows:

Cordell Edwards age 28 of Ville Platte was convicted of Resisting an Officer with Force or Violence. He received a sentence of Three Years hard labor, none of which were suspended.

Travorsky R. Goodley age 30 of Ville Platte was convicted of First Degree Robbery. As a result of his conviction, he was sentenced to 8 years at hard labor, none of which were suspended.

District Attorney Trent Brignac wished to thank all the prospective jurors and in addition commended Felony Prosecutors Timmy Fontenot and Shelly Deville for their efforts in the prosecution of these defendants.

The Ville Platte Chamber of Commerce today (Monday) heard from Guest Speaker District Attorney Trent Brignac discuss the growing problem of scams on local residents. Brignac shared highlights from a seminar held earlier this month sponsored by the City Police Department in which he, officials from the Attorney General Office and Secret Service were in attendance. He said most scam artists target primarily two groups of people: the elderly and victims of disasters such as hurricanes and tornadoes. Also, many people who are taken advantage of are too embarrassed to report it.

Brignac said there are two themes to remember: If it sounds too good to be true, it probably is. Scams are rarely solved so you need to take steps to prevent from being scammed. He urged residents not to give personal information to strangers on the internet or on the phone.

Also speaking at the chamber meeting was Jewel, a regional representative of Congressman John Fleming. She will be in Ville Platte every month at the Ville Platte City Hall to assist local constituents with concerns or problems with a federal agency such as Social Security or the Veterans Administration.

Fontenot also urged members to volunteer to serve on committees to begin planning for the annual Chamber Banquet in the spring.

On January 25, 2013 at approximately 1:00  p.m. Officers approached a male suspect that had multiple warrants for the City Marshal’s office.  A short foot pursuit began when the male suspect fled from officers.  The suspect ran through the streets and crossed the football field at Ville Platte High School.   Chief Neal Lartigue stated, “The officers never lost sight of the suspect as he ran and the suspect posed no public safety risk” Officers captured the suspect shortly thereafter and made an arrest.  Andrew Williams 21, of 2449 Opelousas Rd. Ville Platte was arrested on outstanding warrants from the City Marshal’s office.  Warrants listed probation fines, 2 counts of foot traffic violation, 2 counts of reflective gear violations and a charge for contempt of court.  Chief Lartigue stated that Williams is facing further charges from the Ville Platte Police Department  which were not available at press time.

The Evangeline Parish Police Jury, Monday,  re appointed their officers and employees for another year. Bryan Vidrine was named President for another term in office while Ryan Ardoin was selected as Vice-President. The jury also voted to continue meeting on the same day each month: the second Monday at 6:00pm.

In other business, the police jury referred to their legal advisor a request from the Evangeline Parish Recreation Board to help pay half the  $30,000 salary of a new director for the new one million dollar recreational facility off Lithcote road. Dr. Tommy Fontenot, a member of the board, said the park will be ready for the baseball and softball season in March. The City of Ville Platte has already agreed to pay $15,000 or half of the salary for the new full time director. Dr. Tommy said the director will be in charge of the park and will rent the park to high school groups and alumni for fund raisers.

Nick LeBas, board member,  said “We have a first class facility. Our goal is to have the facility be able to be self sustaining and generate all the money it needs.”

Basile Juror Kenny Burgess said “If we give $15,000 to Ville Platte,  are we going to be fair and offer the same amount to recreation groups in Basile, Mamou and Pine Prairie?

The jury agreed to have  only Ville Platte area Ward One jurors spend $15,000 from their budget to the new Ville Platte facility if they can legally do so. Legal Advisor Greg Vidrine is expected to have an answer in time for next month’s police jury meeting.

In other action the police jury:

--approved appointing Nina David to replace Julia Fontenot on the parish library board;

--approved the purchase of an excavator for police juror Rocky Rider in District one;

--approved moving the voting precinct from the Turkey Creek Town Hall to the civic center;

--and approved a liquor license for Russell Gautreaux for the Blue Junction store in Point Blue.

The Ville Platte City Council, Tuesday, heard from C.P.A. Vic  Slaven give a detailed report on his audit findings on the city’s financial records for the fiscal year that ended June 30,2012. Most of the adverse opinions dealt with the Section 8 housing program. Mayor Jennifer Vidrine replied that the city has hired a new Section 8 director and is attempting to follow all recommendations of the audit findings.

The council authorized Attorney Charles Tate to apply for federal grants for city neighborhood revitalization when funds become available. Tate told the council that there are at least 320 homes in “sub standard “ condition that need to be repaired or replaced.

Evangeline Parish NAACP President Arthur Sampson advised the city council that there is an ordinance passed by the council when the Southside Civic Center was first constructed that there will never be rental fees charged to use the facility. Recently the city approved raising the rental rates at both the north side  and south side civic centers. Mayor Jennifer Vidrine said their legal advisor could not locate any such ordinance.

In other action the city council:

--received news that the city spent $8900 less in December than it did in November;

--named Councilman C.J. Dardeau as new Mayor Tem. Dardeau has been serving on the city council for the past 37 years;

--voted to move its next monthly meeting to Feb 5 due to the Mardi Gras holiday;

--voted to rename a section of West Beech street, from Dr. Carver to David Street, Rev. E.D. Alfred Street after the long time pastor of Disciple Baptist Church. Rev. Alfred was the first African American in Evangeline Parish to register to vote in 1953. Also the South Side City park will be re-named the Chief Romeo Hargrove Park after the first African American police chief in Ville Plate. Special ceremonies will be held in February;

--approved a liquor permit for the Swamp Pop Reunion 8 dance on Feb. 11;