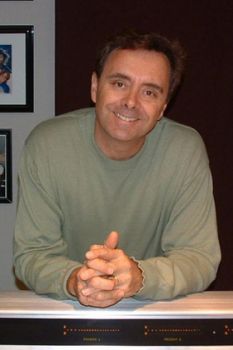 Elizabeth West Evangeline Parish Police Jury Meeting January 10, 2023 A new year brings a new face to the Evangeline Parish Police Jury, with the swearing in of Angelica Williams by Ville Platte City Judge Greg Vidrine during the police jury's meeting on Monday. Williams was appointed to fill the police jury seat left vacant after her husband, Ryan Leday Williams, was elected Ville Platte Mayor back in November of 2022. During the meeting, Chester Granger was officially appointed as the new Secretary-Treasurer for the EPPJ. Granger, who was appointed as interim Secretary-Treasurer in December, replaced Donald Bergeron after Bergeron announced he would be resigning from his role with the EPPJ and accepting a position with the City of Ville Platte.  When it came to selecting officers for the year 2023, current EPPJ President Bryan Vidrine was selected to serve another year as President, while police jurors voted for Kevin Veillon to serve as its Vice-President.  During the meeting, police jurors once again discussed the ongoing issue it faces with people stealing street signs.  Granger reported that cameras have been purchased and will be put out in different locations in an effort to catch people stealing street signs. In addition, EPPJ President Bryan Vidrine asked for anyone with information on individuals stealing street signs to call the police jury, police departments or the sheriff's office to report them.  As it relates to sales tax collections, Granger reported that the total collections for November 2022 were $321,366.01. Other items approved: •Appoint Robert LeJeune to the Acadia/Evangeline Fire Protection District for the remainder of Neil LeJeune's term, to expire in December 2023.  •Final payment for redistricting maps of $16,800.00.  •Incidental travel items for Bryan Vidrine's travel to Washington, DC.  •IRS Standard Mileage Rates for 2023 set at 65.5 cents per mile.  •Pay $7,675.04 for a second 4-H agent for Evangeline Parish. •Regular meeting dates, time, and place set for the first Monday of each month at 6 p.m. except for when the meeting date falls on a holiday. Meetings will be held at the Evangeline Parish Courthouse in the police jury meeting room on the second floor. •Committee meetings set for the same date and at the same location as the regular meetings at 5 p.m. •Pay for Registrar of Voters Lucas Buller to attend annual conference.
Read All