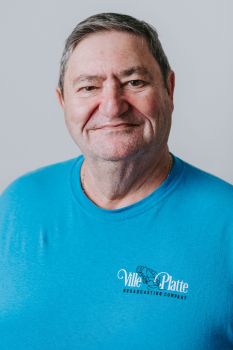 Evangeline Parish Police Jury Meeting November 7, 2022 The Evangeline Parish Police Jury Monday voted to apply for LGAP funding in the amount of $100,000 for improvements to the Water Tower at the Industrial Park. The jury also agreed to apply for $100,000 in funding to construct a new controls building at the Industrial Park. Police Jury President Bryan Vidrine announced that the Burn Ban in Evangeline Parish has been lifted for local residents. Jury Public Works Director Chester Granger reported that the theft of road signs in the parish is becoming a serious problem. One area the jury is exploring is to purchase cameras to catch those who steal the signs. Also, the police jury tabled the approval of the 2023 operating budget for the Evangeline Parish Communications District to give jurors more time to review until more information is gathered. Several members of the police jury including Juror Eric Soileau praised Granger for "getting the job done" even if it meant working the equipment himself. The jury is considering hiring an Assistant Public Works Director to help Granger in his duties. In other action the police jury: --called a public hearing and special meeting at 4;00pm December 5 to get comments on a proposal to merge the Ward Five and Lone Pine Fire Districts; --received news that sales tax collections for September sales collected In October amounted to $388,626 which is an 11 percent decrease from the previous month; --voted to call their December meeting for Tuesday Dec. 13 at 2:00pm and will be conducted all in the Cajun French language; --voted to give pay raises to Tim Causey, Nolan Soileau, Huey Johnson and Eddie Clark in District Four; --plans to use the $100,000 in NACO funds to be used as matching funds for future grants including the possible construction of a new parish animal shelter.
Read All