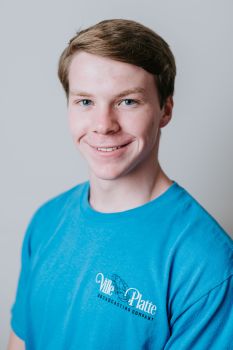 Ville Platte City Council January 11, 2022 The Ville Platte City Council, tonight (Tuesday) received a report from former Scott Mayor Purvis Morrison to implement a "Land-Use" program in the city. Morrison will work with City Attorney Eric Lafleur to prepare a map after having several community meetings to get public comment. Land-Use is an updated form of zoning which permits buffers= areas for certain businesses. The mayor and city council will announce neighborhood meetings in the near future. Morrison has been successful in helping several municipalities grow and expand through "Land-Use" planning. Casey Ardoin, with the Certified Planning Accounting firm of Kolder, Slaven and Company complimented the mayor and council on its financial report. Ardoin said his auditing firm had "a clean opinion "of the financial records. Ardoin said "The audit went very well with the city running a surplus for the last two years. Things are looking good for the city". Ville Platte Mayor Jennifer Vidrine announced that free Covid testing will go on at the Civic Center Mondays and Fridays from 9:00am to 2;00pm and Covid vaccines will be offered at the Health Unit Thursdays starting at 8:30am. She also announced City Hall will be closed Monday for Martin Luther King day. Fire Chief Chris Soileau announced the fire department responded to 22 incidents during December including six structure fires, a vehicle fire, extrications, a fire related death in Chataignier and helping work that tragic car accident on I-49 where four people lost their lives. For the entire year of 2021, the fire department worked a total of 230 incidents. In other action, the city council: --watched as Mayor Jennifer Vidrine announced her Mayor Pro Tem appointment for 2022: City Councilman Bryant Riggs replacing Faye Lemoine; --watched as Mayor Vidrine appointed Hilda Edwards as new interim City Clerk; --approved a request from the Swamp Pop Museum Director Sharon Fontenot to use the Ville Platte Civic Center Monday Feb 28 to sponsor the annual Swamp Pop Reunion Dance with the stars of Swamp Pop music. Tickets will be on sale at City Hall, Swamp Pop Museum and KVPI at $25 per person. The city also approved the sale of alcohol for the benefit dance. --heard from Ville Platte Police Chief Neal Lartigue that for December his department worked 766 calls, made four arrests including 2 felony arrests and worked 35 traffic accidents. For the year 2021, the city police responded to 8678 calls, 204 citations, 195 arrests including 117 felonies and worked 377 accidents.
Read All