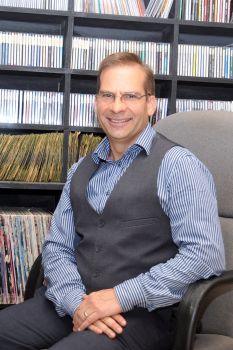 Police Jury Public Hearing November 9, 2021 A standing room only group of concerned citizens attended a special called public hearing by the Evangeline Parish Police Jury on proposals under consideration to secure the necessary funds to construct a new parish jail. John Mayeaux, with Sisung Securities Corporation made a power point presentation on the options the jury is considering to fund a new parish jail . The new facility with 200 beds will cost approximately 20.4 million dollars and take 2 to 2.5 years to construct. Mayeaux explained the jury can not continue to sustain the payment of some $300,000 from the general fund each year to pay for the cost of inmates being housed in other parishes. Among the options under consideration by the police jury to raise the necessary capitol include: rededcate a portion of the parish library tax, rededcate a portion of the parish health unit tax or use the sheriff's sales tax funds. Getting the most attention is a proposal by Sheriff Charles Guillory to raise the funding by merging the 9-1-1 office with the sheriff's office. The sheriff would become its new executive director and O.E.P. Director with no extra salary saving the parish the executive director salary. It is estimated the sheriff could save $250,000 annually through the merger. Former District Attorney Brent Coreil agrees a new jail needs to be constructed but a short term solution would be to use a vacant building across the street from the courthouse that is for sale. Coreil is against the proposal by the sheriff to build a new parish jail in the Industrial park near homes, a church, a school and industrial sites. Coreil praised the 9-1-1 staff. The staff is handling all emergency calls except for Mamou police and the sheriff's office. Coreil said "If it ain't broke, don't fix it" in regards to 9-1-1.. Sheriff Guillory said his goal is to keep our communities safe. "We're arresting people. We need a new jail. " His proposal is an option for the jury to consider. He told the jury "If my plan is so awful, remove it from the list of options.". The sheriff also reported that the GEO prison is too expensive to buy in Pine Prairie. Evangeline Parish District Attorney Trent Brignac remarked that Evangeline Parish does have a crime problem and the sheriff is doing a good job. He cautioned that inaction by the parish will cause the state to come in and take over operation. 9-1-1 Executive Director and Office of Emergency Preparedness Director Liz Hill has been serving in that capacity for the past 27 years. She wanted to correct a hot topic, dealing with her salary which is $72,384. She emphasized that 9-1-1 has always had clean audits, it has never been in a deficit and has a fund balance of $974,871 from saving for more than 20 years. She said in closing "You cannot buy experience." Ville Platte Mayor Jennifer Vidrine appealed to the jury to keep 9-1-1 intact as it is now "Let's not rob Pete to pay Paul." Larry Johnson of Pine Prairie said he was in favor of the sheriff's plan to consolidate services as a cost saving move. "We need to support our police,". He urged the police jury to adopt the sheriff's option. Police Juror Ryan Ardoin blamed the marked increase in crime to people turning away from God. He said "Fatherless homes and sin is rampant in this parish. Our people need to repent.". Jury President Ryan Williams said the jury will review the options and make a decision on which way to go.
Read All