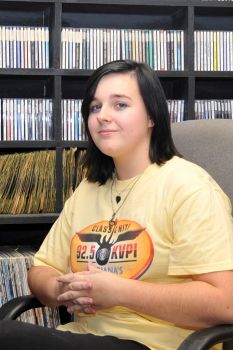 Posted About A Week Ago by Mark Layne

Turkey Creek Police Arrests September 14, 2021 The Turkey Creek Police Department has remained busy in the past month conducting several traffic stops confiscating narcotics and ensuring the safety of local and area residents, according to Police Chief Steven Ardoin. On August 9, the Turkey Creek Police conducted a traffic stop on a minor traffic violation. After a brief road side interview, police learned that Mrs. Ashley Naquin of Turkey Creek and her passenger, Haley Hudson of Turkey Creek had outstanding warrants for their arrest. Officers requested permission to search the vehicle and the consent was denied. Police deployed their certified dual purpose patrol K9 to conduct an open air sniff of the vehicle. There was a positive alert from the K9. After a search, marijuana was located. Naquin was cited for simple possession of marijuana. Both subjects were transported to the Evangeline Parish Jail for their outstanding charges. On August 23, Turkey Creek Police conducted a traffic stop for a minor violation. After a search of the vehicle, marijuana was located the driver, Mrs. Shaquila Thomas of Port Barre was cited for simple possession of marijuana. On August 31, police conducted traffic control on cemetery road. After a brief roadside interview, their K9 Ice was deployed and he alerted on the vehicle. Narcotics were located, Joshua Aucoin of Mamou had a warrant for his arrest later that day. On Monday Sept. 6, officers with the Turkey Creek Police Department stopped a vehicle for a traffic infraction. After making contact with the driver, Elan Radar of Tyler, Texas. Police discovered the driver had full extradition felony warrants out of Texas for major offenses. His passenger, John Dugan also of Tyler, Texas was just released from prison and is a known gang member. The K9 Ice was deployed and police got a positive alert. Police located Crystal Meth, Heroin and drug paraphernalia. Dugan also had narcotics hidden on his person. Both subjects were transported to the Evangeline Parish Jail for booking. Last Saturday, Sept. 11, officers made a traffic stop on a vehicle driven by Rusty Gautreaux of Ville Platte. Police learned that the driver had outstanding warrants for his arrest on narcotics charges. After a search, narcotics were located in the vehicle. Gautreaux was placed under arrest for the outstanding warrants and cited for the narcotics located inside the vehicle. Turkey Creek Police would like to than everyone involved with assisting in keeping narcotics off our streets and out of our homes. They would like to the community for their continued trust in the department and their pledge is to continue to keep the community safe.
Read All