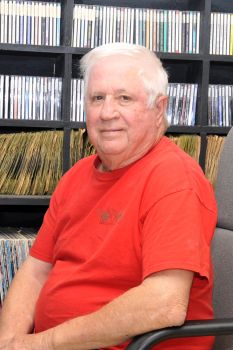 Posted about three weeks ago by Mark Layne

Armed Robbery February 19, 2021 Evangeline Parish Sheriff Charles Guillory reported to KVPI that a number of suspects were arrested in connection with an armed robbery last Tuesday near Mamou. Last Tuesday, the sheriff's office received a call about an armed robbery on Greenwood road near Tiger Lane in the Mamou area. Deputies learned that two men had come to purchase a four wheeler. When the victims arrived they were met by four subjects. While waiting for the subjects to produce the four wheeler, the subjects pulled out handguns and robbed the victims of their money. The victims then fled in their truck . Deputies were able to get a description of the suspect's truck and found it at a residence on Jamie Street in Mamou. Deputies took all four male suspects into custody without incident. The following subjects were arrested: Keon Alfay Lebleu age 1509 Jamie Street, Mamou charged with armed robbery, possession of a firearm in the presence of Controlled Dangerous Substance; Possession of Marijuana, Possession of Drug Paraphernalia and an outstanding warrant; Noah Markell Gallow age 19 of 127 Dogwood Street, Chataignier charged with armed robbery; Travous Alfred age 22 of 1410 Hazel Street, Eunice charged with Armed Robbery and Aggravated Assault;Devontae Wilson age 21 of 924 First Stret, Mamou charged with Armed Robbery, Aggravated Assault with a Firearm and Illegal carrying and discharging a weapon; Jamie Adam LeBleu age 40 charged with possession with intent to distribute marijuana, possession of Suboxone, Possession of a stolen Firearm, Possession of a firearm in the presence of Controlled Dangerous Substance, Possession of Drug Paraphernalia and Possession of Controlled Dangerous Substance in the presence of a minor. As always, Sheriff Guillory and the sheriff's department is always seeking information on criminal activity and urges the general public to contact their investigation department at 363-2161.
Read All