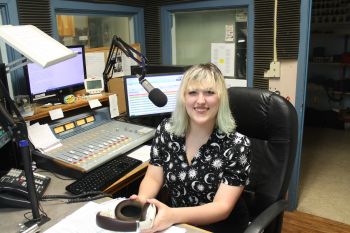 Posted about three weeks ago by Deet

The Evangeline Parish Police Jury meeting on Monday, October 5th considered making changes to an ordinance to allow other ambulance services besides Acadian to operate parish wide. Representatives for MedExpress ambulance services argued that doing so would allow for better response times, bring more jobs to Evangeline parish, and decrease costs of ambulance services, among other benefits. They pointed out that similar ordinances in other parishes have produced positive results. MedExpress argued that long rollover times are because they are not allowed to operate in certain areas, resulting in possible confusion, while Acadian Ambulance argued that long rollover times are a result of multiple services operating in the same area. Acadian further pointed out that Medicare/Medicaid dictates how much patients pay for services, regardless of ambulance rates. They said that diluted the calls dilutes the quality of service, and that they currently average 13 ½ patients a day. Acadian urged the jury to sign their 5-year contract, which will automatically renew for 5 more years if both parties are satisfied. The contract ends in December of 2025. In the end, the jury agreed to sign the contract with Acadian Ambulance to remain as sole ambulance provider in rural areas of Evangeline Parish. In other news: • Trick-or-Treating in unincorporated areas of Evangeline Parish will take place on Saturday, October 31st (Halloween Night) from 6-8 p.m. • October has been declared Dysautonomia (diss-auto-nomia) Awareness Month. Dysautonomia is a rare neurological disorder with no cure that affects the parts of the body that cannot be consciously controlled, such as blood pressure or heart rate. • The city is considering another mosquito spray but will wait until after the coming storm to discuss further details.
Read All