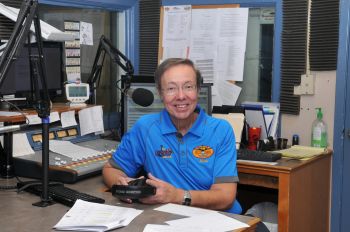 Posted about four months ago by Mark Layne

Sheriff Eddie Soileau, of the Evangeline Parish Sheriff's Office has released the following: Early Saturday evening, February 22, 2020 Evangeline Parish Sheriff's Office Deputies were dispatched to the 2200 Block of W Main Street Ville Platte (Teet's Food Store) regarding a Shooting. Deputies arrived and spoke with an Officer from Ville Platte Police Department, who stated a disturbance occurred that ended in a shooting and subjects fleeing the scene. Evangeline Parish Sheriff's Office Investigation Division assumed the case, during their preliminary investigation, it was learned from the initial responding Deputy that a male subject later identified as Hezekiah Washowski Obrien Thomas had been shot and was transported to Mercy Regional Medical Center. After further investigations, the assigned investigator gathered that Thomas had suffered a gunshot wound to the abdomen, and he was being Air-Med to Lafayette General Hospital for surgery. Suspects are said to have fled in a dark grey colored 4 door sedan with tinted windows which at the time headed North on US Highway 167N. The vehicle is believed to be a Nissan Altima or Maxima which was caught on video surveillance. Evangeline Parish Sheriff's Office are searching for the following subjects as persons of interest at this time Lionell Herbert Ardoin, Roderic Darone Thomas, and Jennifer Ann Fontenot all are wanted for questioning. No charges have been filed at this time. Investigation is still ongoing. Anyone with information on their whereabouts is asked to contact the Evangeline Parish Sheriff's Office Investigations Division by phone at 337-363-2161 or via our agency's website evangelineparishsheriff.org. All callers will remain anonymous.
Read All